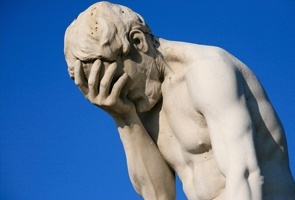 Social media is increasingly being used in investigations of all kinds. Already, 86% of investigators are using social media 2-3 times per month in the course of their duties (1), helping to solve crimes quicker or prevent them from happening altogether.

Social media is particularly popular in investigating insurance fraud cases. Industry studies have found that fraudulent claims make up 10-20% of all claims costs, impacting premium prices for all policyholders (2). As a result, many insurance companies are now putting stronger efforts into their investigations, hiring specialized investigation teams to find suspicious social media activity that conflicts with their claims.

Despite the serious nature of the issue, its resulting stories can be quite laughable. It seems these people simply couldn’t resist the urge to share their lives on social media, even when their posts so strongly conflicted with with the lies they had told:

An man collected $30,000 in benefits after claiming he was too badly injured to work. Photos on Facebook led investigators to his gym, where undercover cameras caught him bench pressing five hundred pounds.

Rolling in the Deep

After getting into a car accident, a hairdresser claimed that her injuries were too severe for her to return to work. Yet, her Facebook and Twitter accounts told otherwise: in the time that she claimed to be “injured”, she was a star on her roller derby team. When confronted with the evidence, the woman agreed that the right compensation was about half of what she had asked for, and she settled her claim.

A man reported to police and his auto insurance company that his perfect truck had been set on fire by vandals. When investigators dug in, they found the same truck listed for sale on Craigslist, with the description admitting he was selling because repairs were too expensive. He was denied payment on his claim and was stuck with his broken truck.