Of course, there’s nothing wrong with being critical. Citizens have the right to show their anger and frustration through official channels—provided their actions don’t veer into territory that is completely inappropriate and unacceptable. 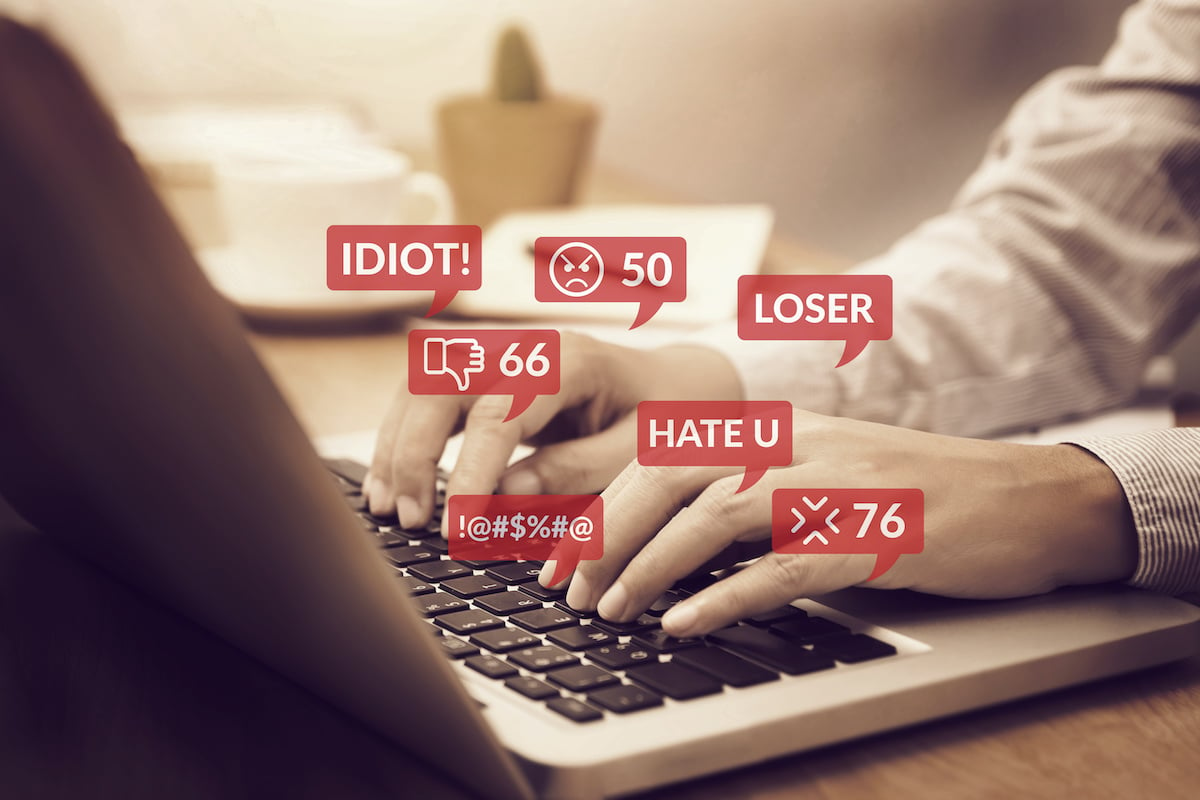 Profanity-laden comments, for instance, typically contravene the social media policies of a government organization and are therefore removed (or, at the very least, hidden). Threats of violence are obviously also alarming and unacceptable, and can result in a very swift response on the part of the government agency.

A third form of inappropriate behavior worth considering carefully is online harassment. This behavior can take on many forms, which means government agencies need to (i) always be on the lookout for them and (ii) know exactly how they will respond to each instance.

What Is Online Harassment?

Harassment is typically defined as continued, systematic acts intended to threaten or intimidate a group or individual. Online harassment is a digital extension of this; It’s the act of using of using modern technology to harass someone. Social media tends to be a particularly popular tool when it comes to online harassment.

The ultimate goals of online harassers can vary. In its most extreme form, the goal is to ‘cancel’ someone and make their life unlivable.

As both public forums and conduits to influential public officials, government social media accounts can often be seen as effective tools for online harassment. Because of this, government organizations need to be aware of them and have specific strategies in place.

It can be difficult to identify the line between “free speech” and “hate speech”. And government agencies are understandably weary about limiting people’s free speech on official accounts, even if that speech becomes hateful. Inciting violence towards a minority in the community can pretty easily be defined as unacceptable hate speech, but what about a comment that’s clearly hateful but doesn’t incite violence? Or subtle sexism and racism? Or political dog whistles with very obvious subtext? The issue can quickly become murky, especially when you have the same handful of users making the same veiled threats and sarcastic comments on a regular basis. Because of the complexity of the issue, it’s important to create detailed guidelines and policies around hate speech. Organizations should know (i) how they define it, (ii) at what point they take action, and (iii) what that action looks like.

Social media has provided a direct channel to politicians and public officials, which has permanently changed the political landscape. It’s now all too easy to aim your anger directly at a public official—and that behavior can sometimes veer into harassment and bullying. The Cyberbullying Research Center defines it as “willful and repeated harm inflicted through the use of computers, cell phones, and other electronic devices.” In everyday terms, it describes cyberbullying as “when someone repeatedly makes fun of another person online or repeatedly picks on another person through email or text message or when someone posts something online about another person that they don’t like.” It may not be an issue that PIOs and social media managers need to deal with regularly on official accounts, but a public social media page can become a platform for the persistent cyberbullying of a private citizen, or even a public official, so it is important to always keep an eye out for it.

You can’t always trust the profile pictures and usernames you see on social media. Someone may be leaving particularly vile and profane comments under someone else's name in the hopes that your organization will go after that individual. And perhaps even more worryingly, your organization and its officials can be impersonated online as well. What happens, for example, if someone decides to create a fake Twitter account and impersonate your mayor? Government organizations need to be aware of any accounts parodying the agency and its staff, and similarly also consider the fact that any comment being left on an official page could have been the work of an impersonator.

Swatting is a particularly dangerous form of impersonation that can have disastrous consequences. If you’ve never heard of it, swatting is the practice of impersonating someone else and making some sort of serious online threat that results in a SWAT team busting down their door. It’s thankfully quite rare, but it does nevertheless happen, and an official government social media page or mobile number is an obvious place to leave such a threat.

We tend to think of hacking as a way of stealing information, but sometimes a hacker’s goal is simply harassment, especially when they take over websites and social media accounts. Twitter CEO Jack Dorsey, Facebook, and even the U.S. Central Command (CENTCOM) have all had their Twitter accounts hacked. In 2019, the mayor of Tampa’s Twitter account was hacked and used to post fake ballistic missile warnings and bomb threats. Official government websites and social media accounts are obvious targets for hackers, as are the personal accounts of elected officials, so it’s important to follow security best practices, like choosing a strong password, changing it often, enabling two-factor authentication, and even making use of a virtual private network (VPN).

Like hacking, a DoS attack can be used to harass an organization. According to the U.S. Department of Homeland Security’s Cybersecurity and Infrastructure Security Agency (CISA), a DoS “attack occurs when legitimate users are unable to access information systems, devices, or other network resources due to the actions of a malicious cyber threat actor… A denial-of-service condition is accomplished by flooding the targeted host or network with traffic until the target cannot respond or simply crashes, preventing access for legitimate users. DoS attacks can cost an organization both time and money while their resources and services are inaccessible.” Although there’s little an organization can do about an attack aimed directly at the social media platforms, it is important to keep in mind that your own servers and websites could become the target of a DoS attack.

Doxing (or doxxing) is the act of collecting an individual’s documents (docs) and posting them online. In other words, it means finding someone’s private information—like their home address, banking details, cell phone number, and driver’s license—and posting it all online for others to use as tools for harassment. Since government social media accounts can have large numbers of followers, they can be used very effectively to dox someone by sharing their personal information with hundreds of thousands of people. At the same time, politicians and public officials are also obvious targets for doxing, so organizations need to put solutions in place that monitor official accounts for sensitive information and inappropriate comments.

Trolling means provoking and upsetting others online in the hopes of starting a fight. It can be a real problem for PIOs and government social media managers for two reasons. First, an official government social media page is a great place for a troll to stir up trouble. Second, since trolls are merely looking to instigate, their own comments can be fairly tame and even uncontroversial when taken out of context, so taking action against them isn’t easy. Government agencies should keep an eye out for trolls that post regularly on official pages (these will often be fake or even bot accounts), and put guidelines in place on what to do when their comments become vicious and inappropriate.

Dogpiling is a carefully-orchestrated form of trolling that overwhelms a page or account with negative comments. Far from the typical image of a lone troll sitting in his basement, this kind of trolling involves hundreds, even thousands, of individuals posting negative comments on a social media account at the same time and eclipsing any other kind of activity. Dogpiling can be used as an effective political tool, so PIOs and social media managers should always be aware of it.

Like dogpiling, message bombing is a digital attack that aims to overwhelm an organization or individual. But instead of posting comments on an official social media account, thousands of emails or text messages are sent in order to overwhelm inboxes and make it virtually impossible to respond to legitimate messages. Both journalists and government employees have been targeted by message bombs, and government numbers and email addresses that are posted  on official websites are obvious targets.

Pagefreezer can assist your organization in the real-time monitoring of online channels for inappropriate behavior and sharing of sensitive information. Simply click the button below to receive more information.