Dealing with Defamation on Social Media & Other Websites

Dealing with Defamation on Social Media & Other Websites

The issue of defamation has been in the news a lot over the last few months. Johnny Depp lost a prominent case against the publisher of the UK’s The Sun newspaper. Prince Harry sued a tabloid. The source behind the New York Post’s infamous Hunter Biden laptop article sued Twitter for allegedly making him out to be a hacker. And an Indian court cleared a journalist in a #MeToo defamation case involving a major political figure.

But by far the most prominent recent defamation saga has centered around Dominion Voting Systems and Smartmatic USA, both of which have sued major news outlets and prominent figures in the US for alleging they were involved in election fraud. The damage claims in these cases stretch well into the billions of dollars.

For those involved in online investigations and litigation related to social media and other online content, the Dominion/Smartmatic lawsuits are particularly interesting because they so perfectly highlight a common issue: important online evidence can disappear at any moment.

First, a major national news network purportedly deleted articles related to Dominion Voting Systems from its news site, leaving nothing but a “Page Not Found (404)” message. Second, knowing how easily social media content can be edited or deleted, Dominion has asked major social media platforms like Facebook and Twitter to preserve posts from prominent sources for possible litigation.

Proving defamation can be difficult at the best of times, which is why it is so important to collect online evidence to back up an allegation. But how do you quickly and effectively preserve web pages and social media posts before this content disappears? Before we discuss that, it’s worth defining what exactly defamation is—and examining how it’s evolved in the age of social media.

Defamation is defined as a false statement by a third party that can seriously harm someone’s reputation. It has to be done “with fault,” a legal term meaning the failure to act reasonably and according to one’s duty. There are two kinds of defamation. Written defamation is referred to as libel, while spoken defamation is slander.

According to the Electronic Frontier Foundation (which has a great web page on online defamation law), there are three elements that must be shown during a defamation claim:

In the US, the plaintiff also has to prove actual malice or negligence, which is why it can be so difficult to win a defamation case there. The case against Elon Musk offered a good example of the US legal threshold for defamatory social media content.

In the UK and many other countries, this isn’t the case—the onus falls on the publisher of a statement to illustrate that it isn’t defamatory. (That’s why the ruling in the Johnny Depp case was seen as an outlier and sparked so much discussion).

Defamation and the Internet

It’s one thing for a celebrity or politician with an intimidating legal team to go after a publisher, but for the average individual (or company) the online environment can seem like a lawless wilderness where trolls get away with saying just about anything. You need only scroll through a typical Twitter feed to see countless insults and accusations that never result in defamation lawsuits.

But it would be a mistake to think online content, especially social media posts, can’t result in defamation suits. According to UK law firm JMW Solicitors, its number of defamation cases has increased 90% since 2018, most of them linked to social media disputes.

“In my opinion, there can be little doubt that social media users are fuelling the increase in defamation claims,” said JMW Associate Solicitor Laura Wilkinson. “Everyone with a social media account is now effectively a publisher, albeit without the kind of legal checks and controls which are integral to more traditional print and broadcast outlets. That means there is no filter to prevent defamatory comments making its way before a global audience in seconds, with all of the complications and problems that can create.” 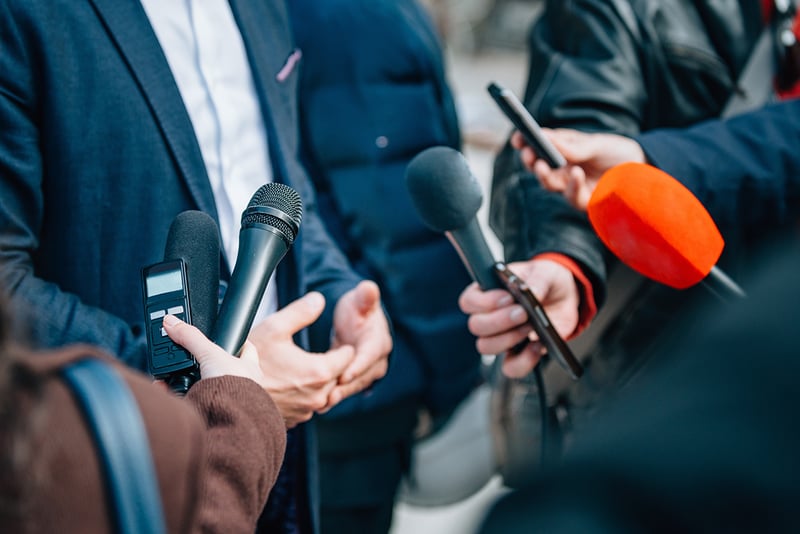 There have been clear examples in both the US and the UK of courts finding social media posts to be instances of defamation. And not only can your defaming statements land you in court—you can potentially also be held responsible for the statements of others.

A 2020 decision by the New South Wales Court of Appeals in Australia made headlines around the world when it found that media companies can be held responsible for the defaming comments left by readers on their social media posts. Similarly, a Canadian court found a Facebook user liable not only for her own statements, but also for the comments of others that were the result of her post going viral.

While social media and other online content can be classed as defamation, the reality is that winning a defamation suit—even in a sympathetic environment like the United Kingdom—isn’t easy or inexpensive.

Much of this comes down to the time it takes to collect and preserve evidence of defamation. Finding and capturing countless articles, posts, and comments can be very time-consuming—and when contracted out to a legal or investigative firm, can cost a small fortune.

The situation is further complicated by two issues:

Because it can be so time-consuming, expensive, and tricky to collect reliable online evidence, Pagefreezer created WebPreserver, the most reliable automated forensic preservation tool for social media and web content.

With WebPreserver, the legal costs of a defamation suit can be reduced significantly by using technology to cut down the effort required in the manual evidence collection process.

This innovative tool allows investigators to:

You can also watch the video below to see WebPreserver in action: